The game Bleach Brave Souls takes place in the world of the anime Bleach, where players control the lovable characters. Many people join forces for the same cause, to fight the evil caused by monstrous ghosts, including Ichigo, Byakuya, and Kenpachi.

You move your character freely around each scene using the left virtual control stick in Bleach Brave Souls. A number of different buttons for each combat move will be located on the right side of your screen. During missions, you can change your main character using the buttons in your upper left corner. 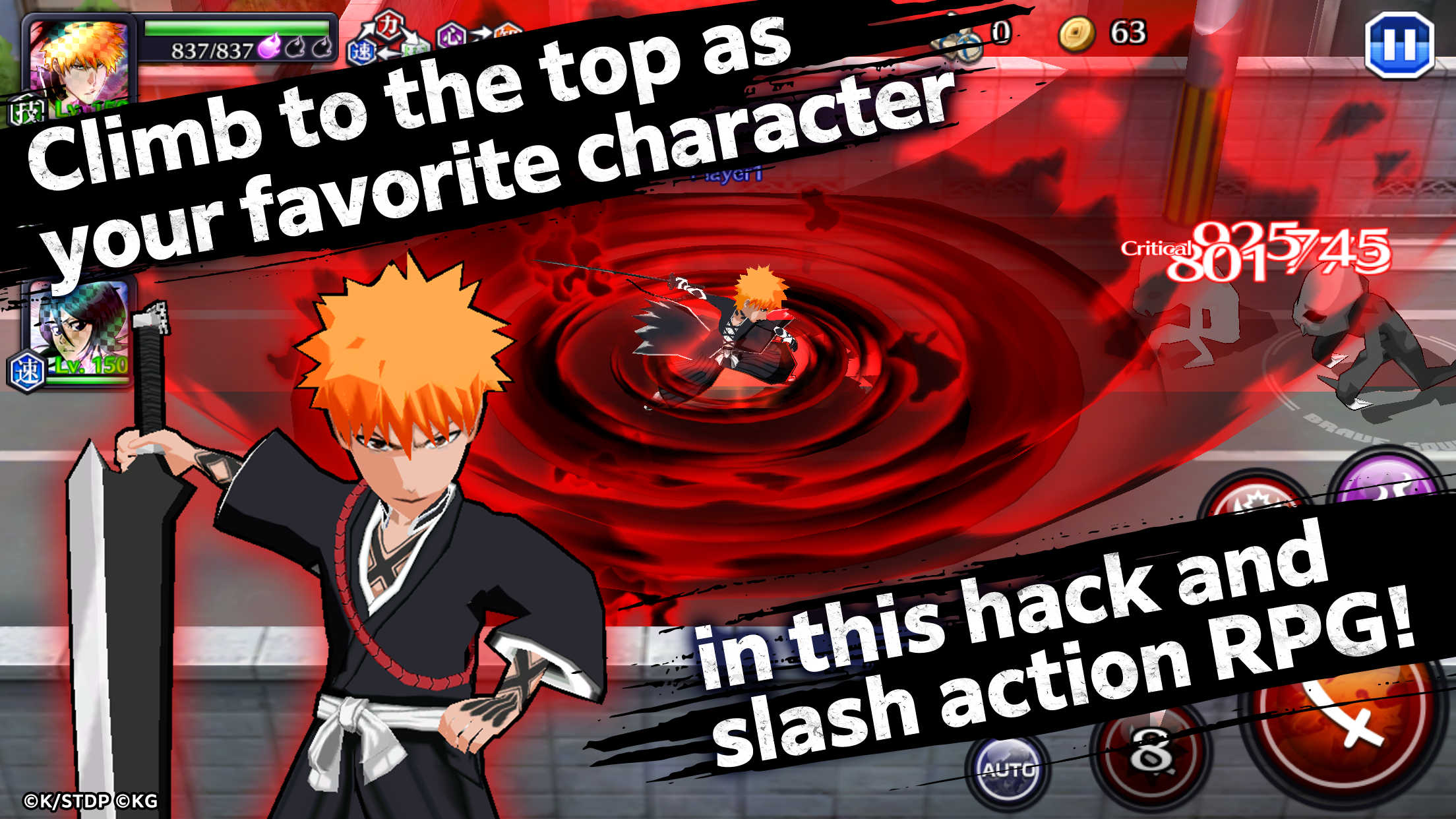 In Bleach Brave Soul, each mission lasts for only a few minutes. It shouldn't take you more than two minutes to complete them. Due to the detail and small size of each scene. Your character will improve as you discover hidden containers with occult objects in each scene.

Your character improves between missions. In addition to gaining more max life points, your characters will inflict more damage during attacks as they climb the ranks.

The Bleach universe is heavily influenced in Bleach Brave Souls, a 3D action game. The system controls are excellent and the graphics are eye-catching. Only drawback is that you'll have to download a lot of additional data to play this game.

Embark On An Action-Packed Adventure With Bleach

In high-quality 3D graphics, the endlessly imaginative Bleach universe is recreated, from the living world to the soul society, home to soul reapers and spirits of the dead, the bleak world of Hueco Mundo, home to evil spirits known as Hollows, and Hell, the final resting place for sinners. The hit anime brings you all the best scenes and special effects! 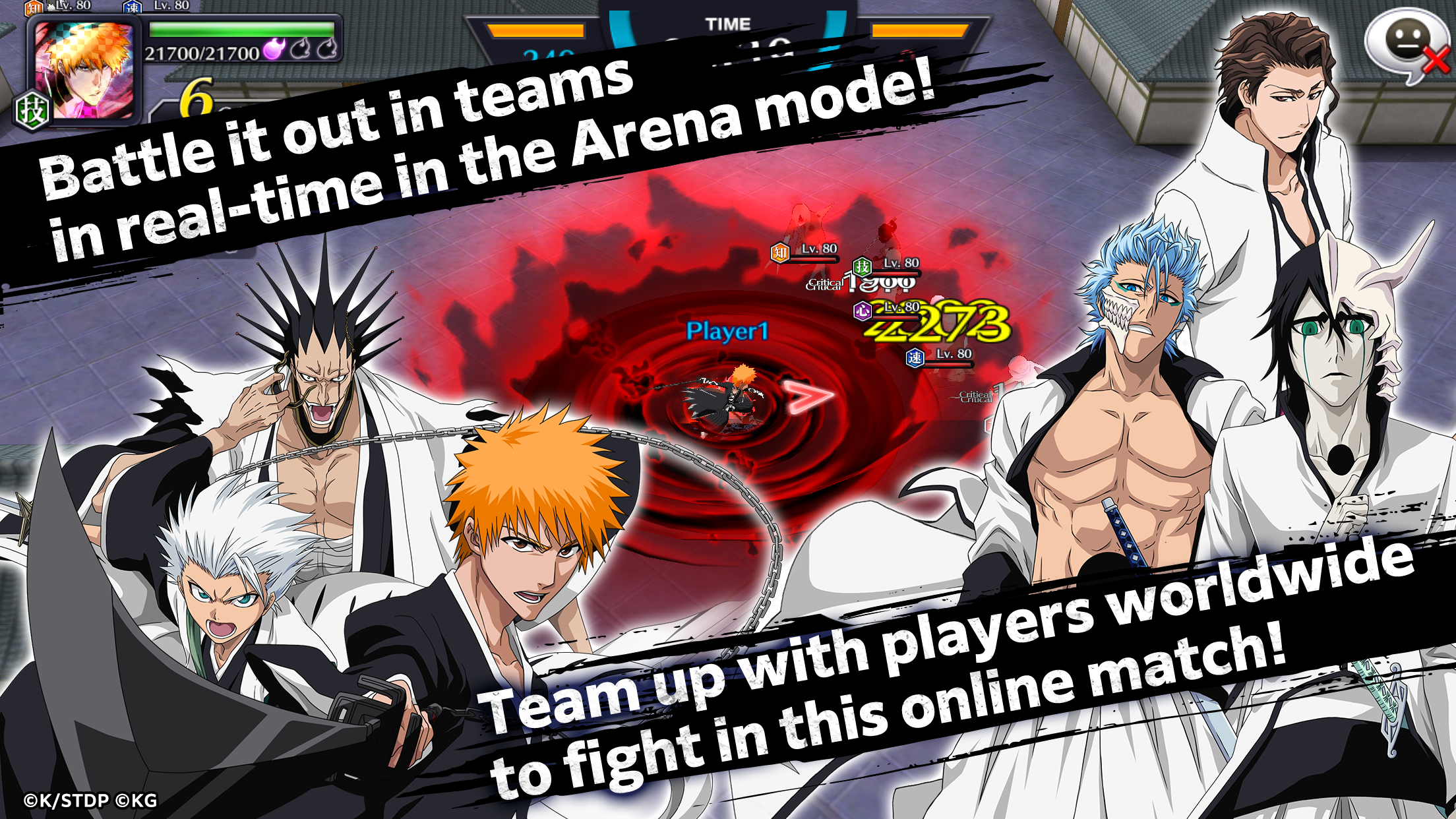 Take on an even greater challenge with a variety of special super-hard quest types or relive the anime in story quests, form Guilds with your friends, and move up the rankings in PvP. Experience Bleach again with your favorite characters!

All your favorite characters from the Thousand-Year Blood War, the Espada, Xcution, and the 13 Court Guard Squads are here! Let's unleash Ichigo's Getsugatensho, Aizen's Kyoka Suigetsu, and Byakuya's Senbonzakura Kageyoshi, all fully voiced with amazing animation!

Take part in real-time battles with players all over the world in epic 3-on-3 battles!

When you start the game, some regions give you the option of choosing a World (server). In terms of purchasable items and languages, there are no differences between the servers. 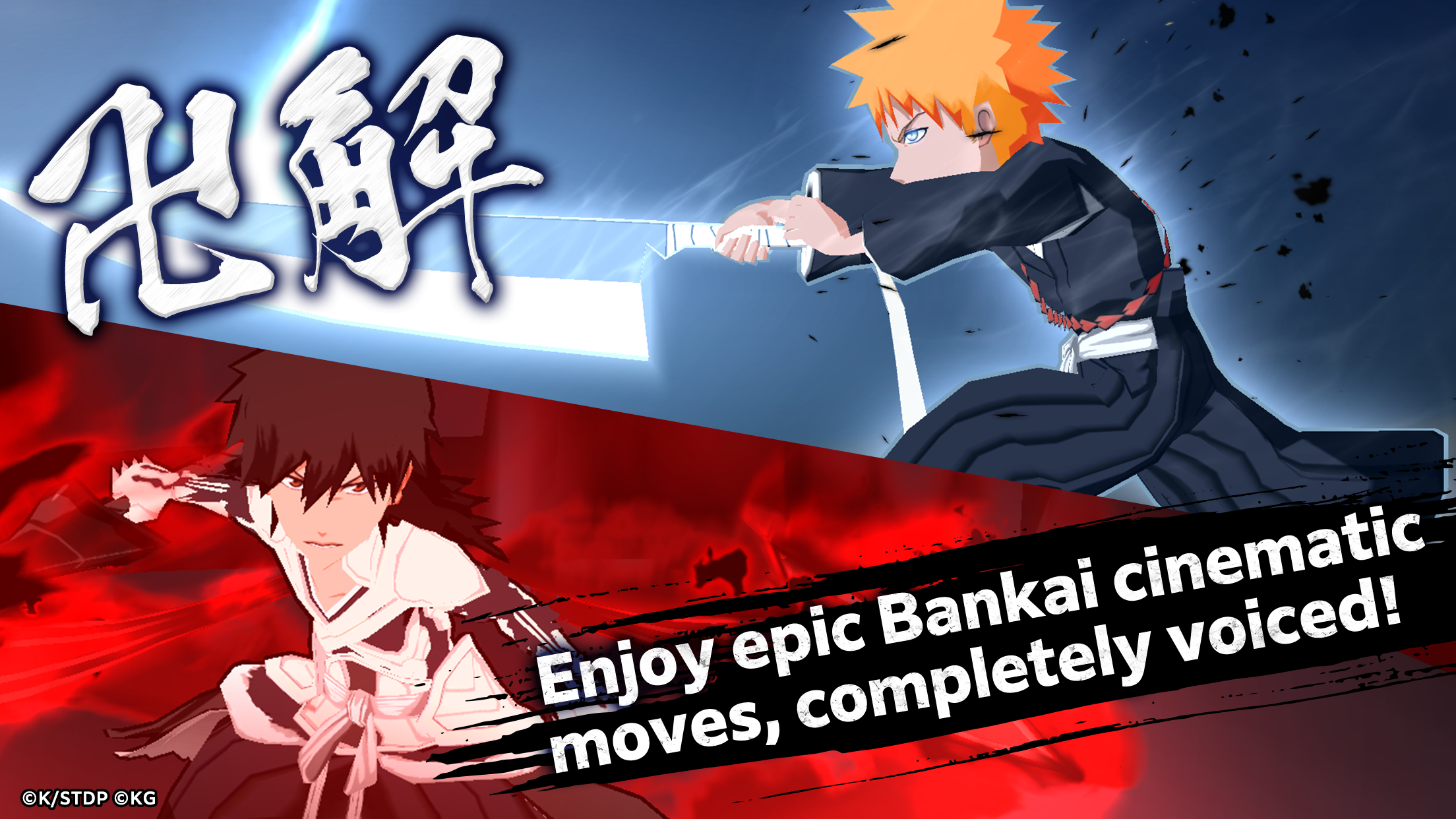