The Android Auto operating system was developed for cars and does not allow the same freedom of installation as Android phones or tablets. A Google certificate is required for using an app in that environment. Only those apps with a certificate will appear on the screen. Supported apps not available on Google Play can, however, be downloaded. This can be done by downloading AAAD. 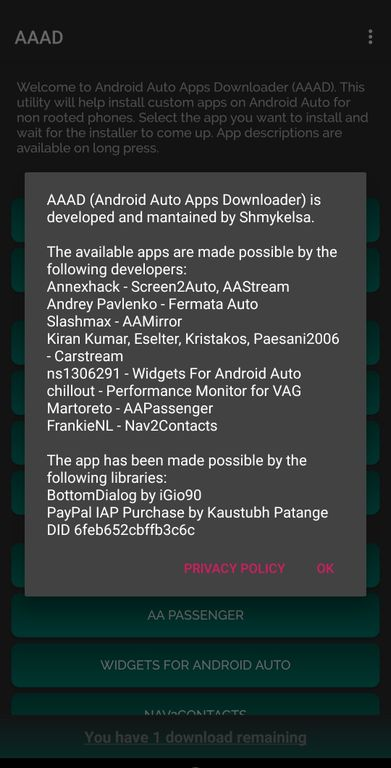 Using this open-source app, you can download and install apps developed for Android Auto that aren't available in the official store, such as navigation apps or multimedia players, to name just a couple.

Downloading and installing software are handled by the app, which serves as an app launcher. However, keep in mind that you might not be able to use what you download if your vehicle is not compatible. There are currently some limitations to the free version, such as how many apps we can install or how many we can download each month. It is possible, however, to upgrade to the PRO version, which has a greater degree of flexibility. 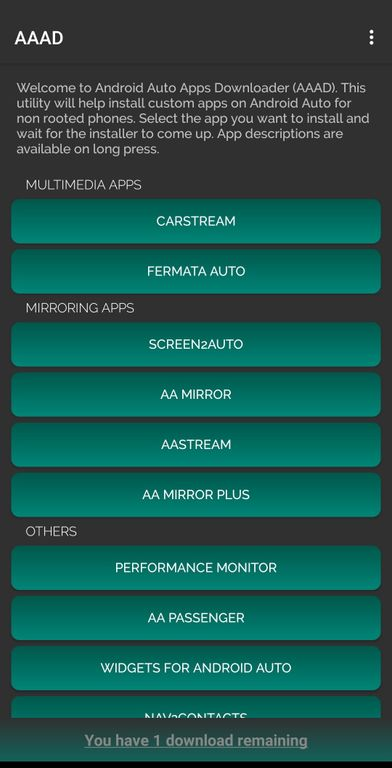